Went out on a cool Sunday just after a quick Spring snow storm that we’ve been frequently experiencing lately to shoot Brent’s 2003 Nissan 350Z. 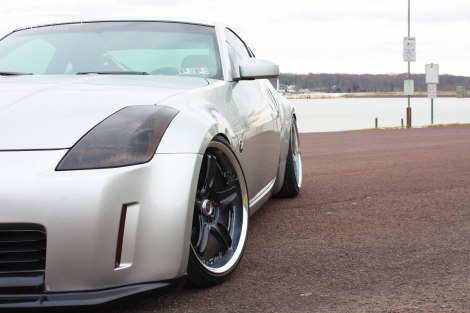 Brent picked up the 350 for a great deal at Fred Beans Chevy with only 32K miles on it.  With a good amount of mods already installed and a two year warranty, it was tough to turn down such an opportunity.

Brent previously owned a Neon SRT-4 and an SR20 swapped S14 Zenki that was his pride and joy.  As soon as Brent saw the 350 on the lot he knew his main goal was to be stanced, fitted, and low!  The Apexi N1 coilovers definitely help do the job when paired with the 19×9/19×9.5 Black Pearl Volk GTC’s. 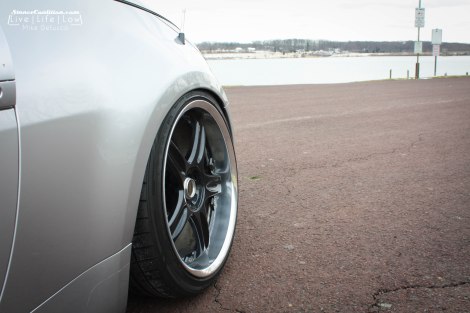 Right now Brent is sticking to the Low & Slow mentality due to the higher costs of building a VQ compared to an SR motor. However, having a car that he can be proud of is Brent’s biggest goal. 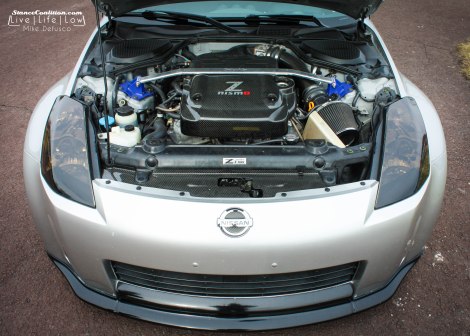 Shoutout goes to Brent’s girlfriend, Shades of Gray Tint, Liquid Powder Coats, and R/T Tuning for helping with the build.