Welp, here it is, in all of it’s glory, the world’s only.  It has been a while since we’ve posted on the site, and honestly, we got so caught up in the YouTube thing that we let the ol’ picture/article side of things go by the wayside for a bit.  So last weekend I decided to blow the dust off the camera and go try and remember how to take pictures, rather that hold a GoPro in front of my face. 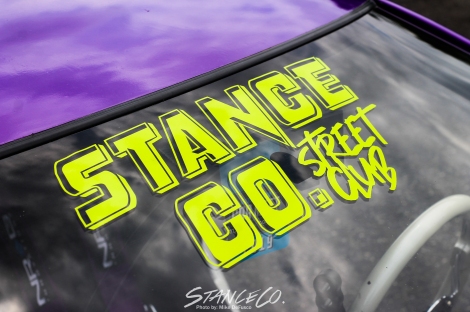 The 3000 is still kickin’, and kickin’ well I must add.  She’s beaten, bruised and certainly showing it, but somehow she’s always ready to throw down.  It has been 3 years since this thing got its RWD conversion and 3 years of some of the hardest abuse I could have ever imagine this thing going through.  We’re there times I wanted to give up on it? Of course, but there’s just something about this car that I can’t get away from.

So I’ll start on the exterior.  Shes rough and full of battle scars.  Front lips have come and gone and side skirts have been self-tapped over and over again, but there is a light at the end of the tunnel!  To get this old girl back to her formal cosmetic glory, we have a KAZE Aerokraft front lip and Bomex side skirts on the way.  Pairing those with the C7 carbon fiber wide body vented front fenders and rear over fenders, it will add a little bit of finishing off to the exterior of the car.

Right now, shes planted on a set of silver Enkei RS05-RR front wheels and SBC Enkei RPF1’s in the rear.  These are mainly on the car for street use to not chew up the soft, 180tw Kenda KR20a’s that get used for the track. 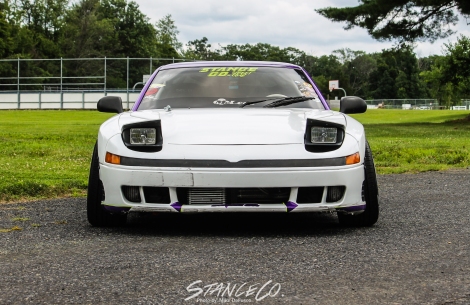 The first thing most notice as this car approaches is the lobster fitment up front.  This stems from extended lower control arms that were done to create more camber and clearance with the front wheels.  One of the biggest issues I encountered while trying to learn how to drift with this car was the lack of steering angle and “self-steer”.  You have to remember, these cars came with axles up front, so the steering angle from the factory is limited to the range of motion within that outer CV joint (aka not much).

“Self-steer” comes from positive caster.  It allows you to let go of the wheel during a transition and have it spin the other way on it’s own to try and recenter the steering.  From the factory, this car had about 3 deg. of positive caster, with no further adjustment.  After rotating the coilover top-hats and using them as caster plates, we were able to pull around 7.5 deg. of positive caster out of the front, which makes steering this thing on track a dream! (see video below) 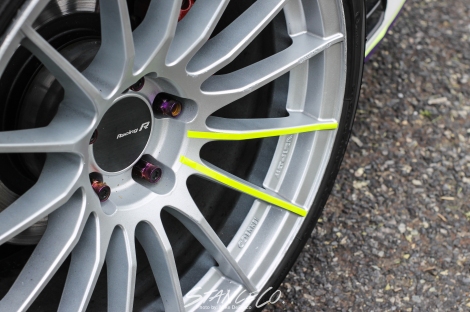 After a lot of trial and error, our first set of steering knuckles done by Paulie at Paul’s Automotive in Philly, PA were shortened 3/4″.  This put the car within the range of a stock 240sx in terms of steering angle – pretty pathetic.  Now she sports a set of knuckles shorted 1.5″ by TJ at OneMotion Garage, has custom made tie rods with bump steer adjustment and 1 5/8″ extended front LCA’s to give it a responsive and dialed front end setup.

Not much has changed on the interior over the years.  The ol’ Grip Royal wheel has seen better days, but still gets the job done. This season I added a new handbrake handle along with a 2 psi Wilwood Residual Pressure Valve.

I added this valve because of a recommendation from a few local drifters and will never not run one! Basically after the first handbrake pull of a run, it will keep 2 psi of pressure in the brake line for a few seconds to allow the next few pulls during the run to lock up the wheels quicker and keep a firmer handle.  10/10 would recommend – thanks Justin!

This season, up-to-date purple NRG harnesses were added in to the NRG seats.  See the green bag hanging from the harness bar?  It’s a camel back liner.  Fill it with ice/water and run the hose through the harness hole on the seat. It’s the perfect cool down on grid between laps and you don’t even have to take your helmet off!

At the end of last season, I took the biggest blow – I hit the wall…hard. While just going for a light wall tap, my line was off coming out of a transition and I sent it in good.  The result was a bent bash bar & tube rear, shattered JDM tail light, destroyed corner cap, shifted hatch, and the obvious, a bumper. 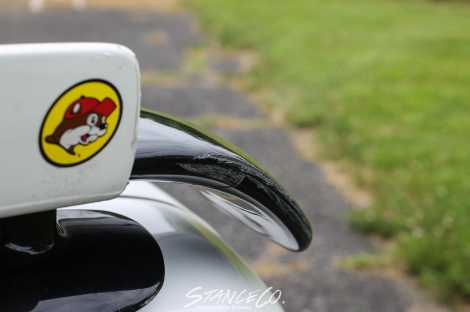 When I say I got into the wall, I mean so far in, my wing drug the concrete. 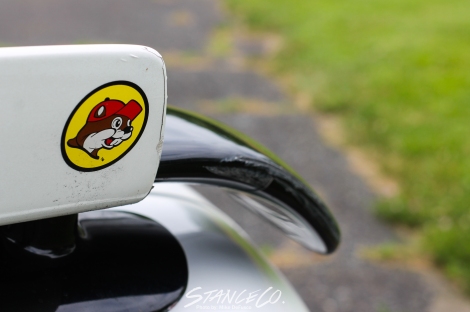 Overall though, the car has blown my mind, and others.  The constant trial and error of different steering setups, alignments and more proved to be worth it when we did our first event this year in Shenandoah, VA.  The car drove like a drift car, finally.  My driving throughout the weekend showed it as well.

People have always asked me how often I break transmissions, t-cases, diffs, etc and the crazy thing (knock on wood) is that my answer has always been “never”. The 6G72 in this car that has been deemed “unreliable and a boat anchor” has proved it’s worth ten-fold to me. It literally never skips a beat at the track.  It’s been over heated, chilled on limiter and more and it just takes it.  I always say, with these cars, maintenance is everything.  Use the OEM quality parts and you’ll thank yourself down the line when everyone is pushing their broken drift cars back on the trailer and you get to drive yours.

Sometimes I get tired of the stress and the tinkering between events, but all it takes is a quick drive around town in the 3000 to hear the twin 15G’s spool up and I’m quickly reminded why I keep pouring it all into this thing. 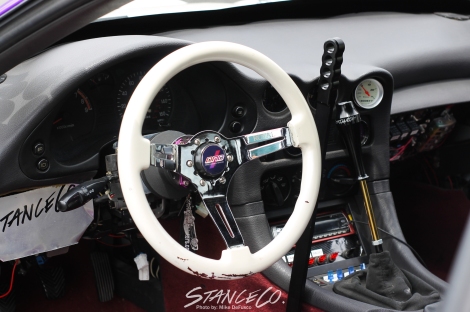 Will I ever build a “better” drift chassis?  Well, sure.  My next goal is an LS S14, but the 3000 isn’t going anywhere.  It is finally to a point that we don’t have to re-engineer it in between every events and damn am I happy about that.  I finally feel comfortable – something I’ve been waiting a long time to be able to say. The hard part is done and hopefully the future is bright for this reliable and unique unit.

Circling back to the YouTube thing, the previously mentioned drift event in VA was one for the books.  The whole squad was driving their best and vibes were solid, all day long. Check it out and thanks for reading!  See ya on the next one!